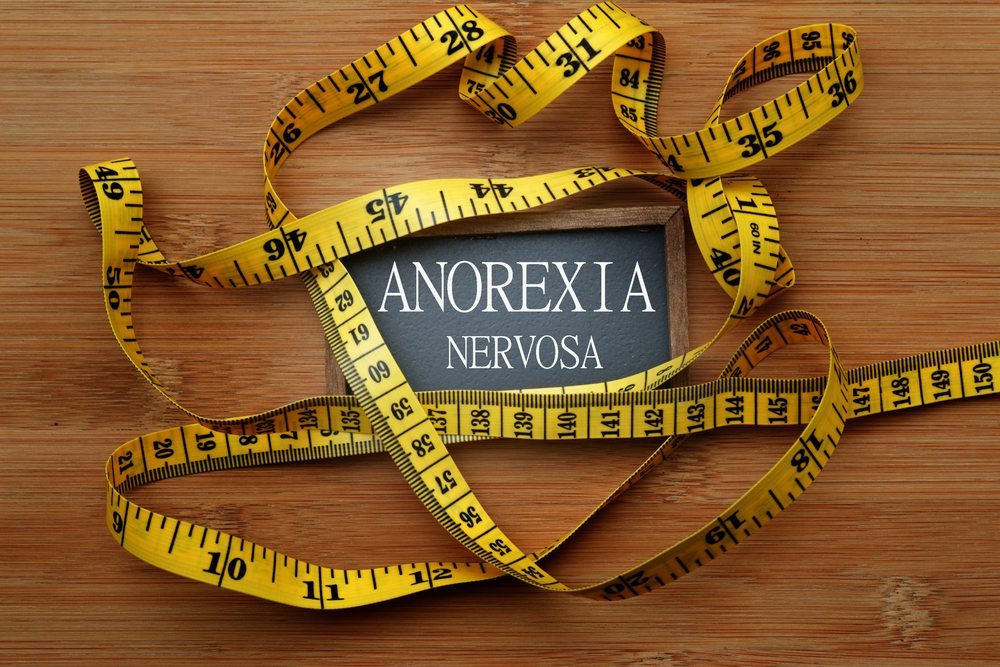 People who suffer from Anorexia Nervosa are very fearful of gaining weight due to concerns about being overweight or becoming overweight. While some people with this eating disorder don’t openly display fear of getting fat, all exhibit behavior which is designed to stop weight gain, despite already-low body weights.

This eating disorder affects thinking in the sense that people who suffer from Anorexia Nervosa don’t recognize how underweight they actually are and place too high of a value on being thin. Body weight becomes an obsession. This disorder is common in the modeling industry, where men and women who model are encouraged to be extremely slim. However, it affects people of all ages, from all backgrounds.

You definitely don’t have to be a fashion model to suffer from this serious eating disorder.

In fact, society’s “thin is in” image tends to spark the disorder in many different types of people. It’s about trying to live up to society’s often-unrealistic expectations of what a perfect body should be.

Drastic weight loss is probably the biggest “red flag” that this eating disorder is present. People who are dealing with Anorexia Nervosa will look very thin and get thinner over time. As well, their blood counts may not be normal and their liver enzyme levels may be higher than average.

Fatigue is another symptom of this disorder, due to malnutrition. People with the disorder may be prone to feeling dizzy or faint. Seizures may occur. As well, those who have this eating disorder may have nails which are very brittle.

We’ve already discussed some symptoms of anorexia which may be classified as health problems. Other health issues which may develop as a result of this eating disorder include low blood sugar, heartbeats which are irregular, bone mass decreases, damage to the liver and kidneys, anemia, depression, fertility problems, sleeplessness, imbalances of electrolytes, carthartic colons due to laxative abuse, cardiac arrest during sleep due to low potassium levels, cardiac arrest while awake and death.

When it comes to treating anorexia nervosa, there is always hope. Anyone who is suffering from this disease needs to understand that assistance is available. With this in mind, we’d like to talk about the most effective and modern treatments for this severe eating disorder.

Early treatment is recommended. However, treatment may begin at any time during the progression of this eating disorder. The most effective treatment is combination therapy, which includes supervised weight gain and psychological therapy.

A team of medical experts and mental health experts will typically work together to create a customized treatment plan. There are also live-in treatment programs for anorexia available at certain rehab centers. One famous rehab center in the USA which offers this type of program is Cottonwood Tucson. This is just one example.

If you suspect that you have anorexia nervosa, don’t give up. Instead, talk honestly with a doctor. It’s the key to unlocking treatment which allows you to eat normally again and be happier.