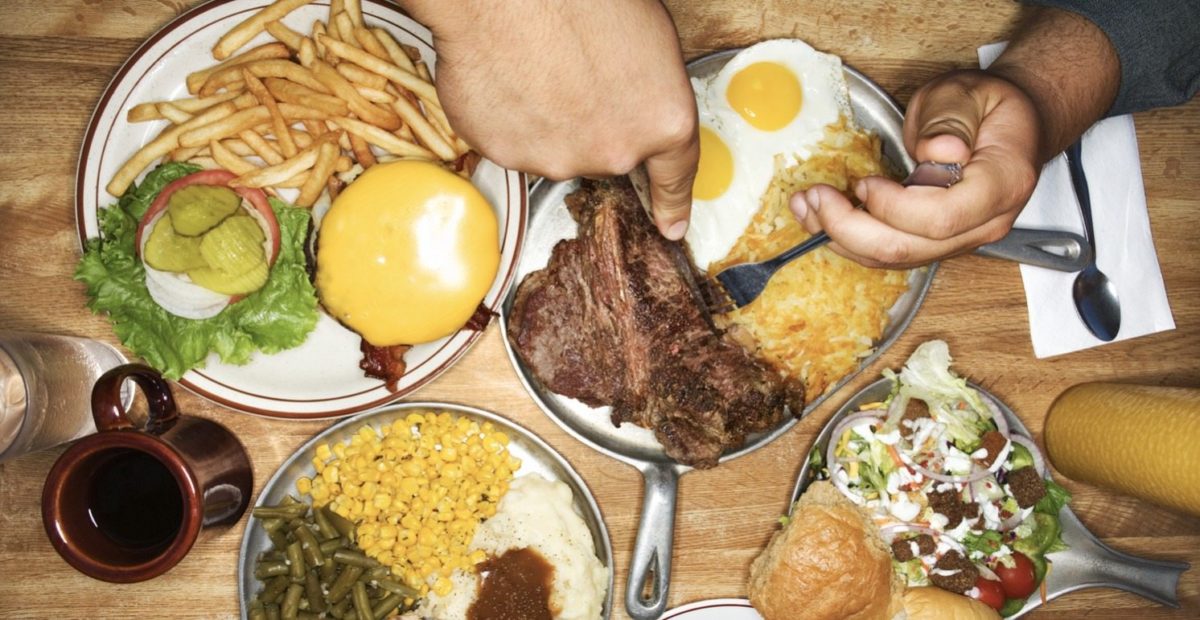 It is believed that there are three times more binge eaters worldwide than both bulimic and those suffering from anorexia nervosa combined. Unlike people with binge and purge condition, people with binge eating disorder don’t compensate by doing excessive exercise or by vomiting what they just consumed.   And because of this, it has been associated with obesity. Unfortunately, obesity can cause cardiovascular problems among many other health conditions.

Binge eating disorder or BED is estimated to affect around 2.8 million people in the US alone. It is developed usually in early adulthood among women and in the midlife for men. However, there is evidence that it has also been developed since childhood in some individuals. 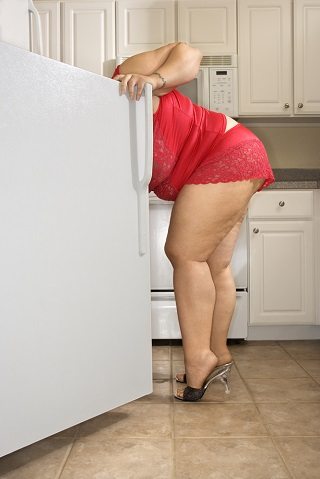 It is characterized by excessive amounts of food intake in a single eating. It is a common scenario wherein the person loses control over his or her eating habit and may also experience guilt after the episode.

So how do you know if you are potentially suffering from this disorder? Of course, going to the buffet every once in a while won’t make you a binge eater. According to experts(1), if you are eating more food on a regular basis while you feel that you are out of control and can’t stop eating, there is a chance that you are suffering from binge eating disorder. It is also typical that someone with this condition is most likely going to have a binge episode at least once a week for three months or longer.

Now, if you are eating a lot even if you don’t feel hungry or when you feel shame afterwards, you may actually already have this condition.

The Binge eating disorder definition is a complicated topic to define that typically requires attention by many different medical practitioners. Depending on the severity of the condition, it is possible that a person is already dealing with obesity and other cardiovascular conditions.

Unlike people suffering from bulimia, binge eaters usually don’t desire to get rid of the excess food that they just ate. However, they also feel embarrassed and ashamed about their eating habit after the episode. 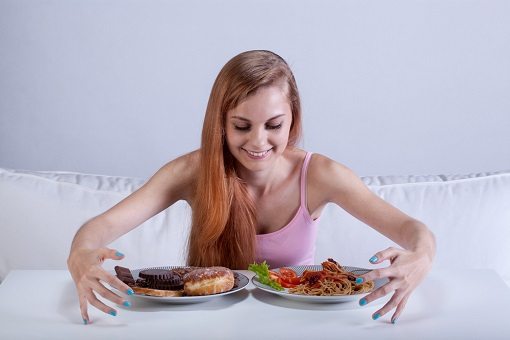 The point is that the binge eating disorder definition is really a psychological disorder. It is typically a reaction to stressful situations or in order to ease the unpleasant emotions that a person is having. It is possible that a person is acting out of compulsion to eat more than he or she needs to because of depression and anxiety. It is typical for a person who is a binge eater to have feelings of self-loathing, regret, and low self-esteem prior to the episode.

It is also common for people to refuse to take the necessary steps in order to change their habits in order to improve their overall health and well-being.

And since, this disorder is a behavioral issue, it is important to take a closer look at its cause. There are even some instances wherein some people who have an undiagnosed mental illness are already exhibiting this kind of behavior.

This disorder can be compared to drug or alcohol abuse. However, unlike drug dependents and alcoholic individuals, food has been used in order to gain comfort. According to studies(2), people with addictive personalities are more likely to also develop BED.

Eating every once in a while and satisfying your cravings may not diagnose an individual of having this disorder. In order to be diagnosed with binge eating disorder, it is important that there are other symptoms that should point towards the use of food in order to feel comfort and ease negative emotions.

Just how much excess food is consumed by an individual suffering from the disorder? For instance, a person might be consuming 10,000 to 20,000 calories per day when he or she is supposed to just consume 1,500 calories daily. In reality, the exact cause is still a blur.  However, it is believed that a lot of binge eaters suffer from stress and anxiety.

There could be triggers from stressful scenarios at work or relationships that may have caused the person suffering from it to find comfort towards food.

However, what separates binge eaters from a bulimic is the fact that binge eaters may feel guilty towards what they did but they will never vomit the food that they just ate. Instead, this will simply trigger more episodes, especially after some triggers. And because of this, they are the ones who usually end up with cardiovascular problems.

How exactly do you prevent prevent it? It is possible for an individual to get stuck in a bad habit of eating an excessive amount of food, especially during stressful scenarios. It has been reported that anger, anxiety, sadness, grief, and other negative emotions can trigger the behavior. 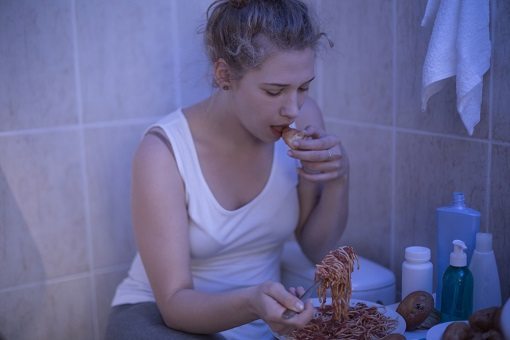 A lot of experts are taking a closer look at the possibility of changing a person’s reaction towards binge eating by correcting the hormones that regulate appetite. Leptin and ghrelin, for instance, are two hormones that control a person’s desire for food.

Based on studies, people with it are usually associated with families with the same kind of problem. These families typically overeat and have put unnatural and unhealthy emphasis on food. For instance, a lot of people diagnosed with the disorder have been raised in families that make use of food as a reward to comfort stressful scenarios. This means that it this behavior has been learned from the early years.

In order to prevent developing BED, it is imperative to build a healthy eating habit. One of the most important things that should be developed is a regular and healthy meal plan that focuses not on weight but on health.

In addition to this, for people who are already suffering from binge eating disorders, it is a good idea to also know the triggers. This way, it can be avoided and things can be planned how to avoid the negative moods and emotions or at least minimize its impact on a person.

It is crucial to treat

Advertisement
it as soon as possible in order to make sure that the person doesn’t suffer from obesity and other problems that go along the way such as cardiovascular problems and even developing cancer. Often times, it is challenging to treat it simply because the person tries to hide their problem and feels ashamed to confront its reality. There are cases wherein individual treatment ls try to hide used food containers in order to prevent other people from knowing the problem. 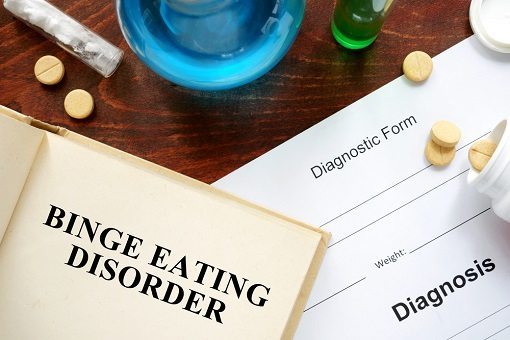 It is more likely that people with binge eating disorders disclose their problems to their close family and friends instead of professionals. Unfortunately, a lot of family members and friends don’t understand the condition completely and may not know how to react. The success rate of treating the condition increases exponentially when the person has a solid support system that will understand and provide the necessary motivation towards changing his or her habits.

Good thing is that there are support groups that are focused to help individuals with treatment. These groups are facilitated by experts who can explain what the condition is. It can also be a great way in order to explain to family and friends what it is and how they can play a role in order to increase the chances of minimizing binge eating episodes. And because the binge eating disorder therapy is done in a group setting, the person suffering from the condition is not shy to disclose his or her feelings and the challenges that are associated with the episodes. This provides another person a sense of community in order to find the will to stop binge eating habits, especially during stressful situations.

But of course, there are individuals who plan to get help in private. And this isn’t a problem at all. One of the most effective methods on how to approach binge eating habits is to find a psychotherapist who can perform cognitive and behavior therapy. There are different types of medication and techniques on how you can develop a healthy attitude towards food and your weight. In addition to this, psychotherapy has been known to help people respond to difficult situations in a healthier way.

It is also possible to take medication in order to address the problem. Lisdexamfetamine has been approved by the FDA for binge eating disorder treatment. This is usually a drug that addresses ADHD. It has been discovered that it can help reduce the episodes but could also come with different side effects. Among side effects include heart attack, stroke, and even psychiatric disturbances.

Another medication that could be used to treat this kind of eating disorder is Topamax. It is usually an anti-seizure drug but has also been discovered for its benefits to a person usually experiencing the urge to overeat. However, it may have a number of side effects including tingling sensations and even memory problems.

There are a lot of instances wherein the disorder is traced in order to make sure that the doctor can provide the proper medication. For instance, if the one causing the episode is depression and anxiety, there are instances when antidepressants are given to patients.

Rehabilitating people with the eating disorder can be a challenge. A lot of people suffering from binge eating have not been diagnosed and have developed a habit of finding comfort on food since childhood.

Eating disorders can be a response to stress and anxiety. When it comes to treatment for binge eating, it is important to note the reality that food could have been formed as a reward or as a means to minimize anxiety and negative emotions.