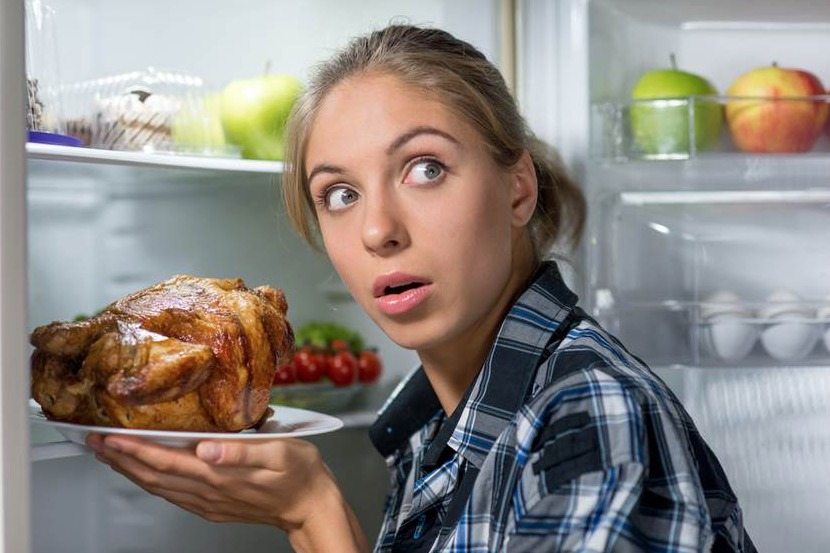 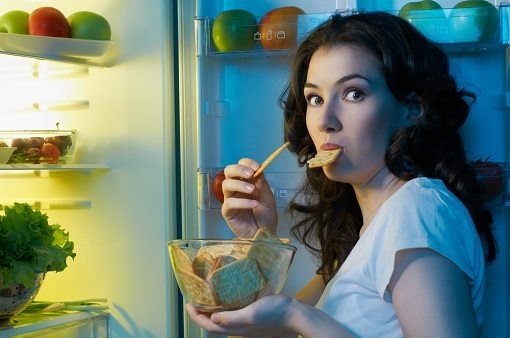 A midnight snack once in a while may look harmless. However, what if eating at night has developed into a habit? You might already be suffering from night eating syndrome. This type of eating disorder is characterized by a disrupted circadian system in order to wake up and eat in the middle of the night. This can lead to serious health implications. It is a usual phenomenon that someone who eats late at night tends to gain more weight.

Since the person is simply going to sleep with no activities after eating, it is possible that the food that he or she eats is going to be turned into fats. This leads towards an increase in the cholesterol levels and an increase in weight. Apart from the health effects that it might bring to the person, it is also possible that there is an underlying condition why the person has developed a habit of eating late at night. People who have night eating syndrome may also have depression or have a history of substance abuse because they can’t sleep well at night.

Night eating syndrome is quite a common reason why someone becomes overweight. The reason why people tend to gain weight is due to the fact that night eaters are not only eating small snacks but some are even involved in eating high-caloric meals at night. Some even wake up in order to eat. 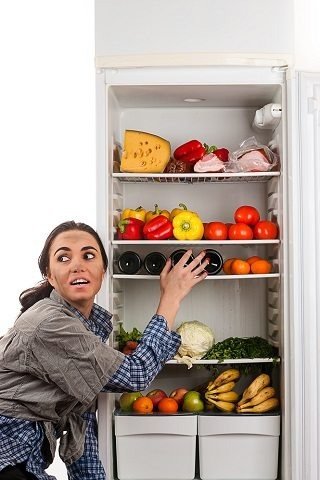 One common trend among night eaters is the constant failure to meet their dieting regimen. In a health standpoint, night eating syndrome is a bad eating habit that should be stopped. It also disrupts the continuity of a person’s sleep which makes someone sluggish and even skips breakfast in the morning.

Traits of someone who has developed night eating syndrome include frequent failure to complete diets, and the tendency to gain weight. It is also possible that someone has a negative self-image or even be suffering from depression.

A lot of people have developed night eating syndrome for different reasons. There are people who are simply awake at night especially students and people working in night shifts that have developed a habit over the years. High achievers are also known for working through lunches, and therefore compensate eating at night.

There is also a chance that a night eating is the body’s response towards extreme dieting. With restricted caloric intake throughout the day, there are some individuals who often times take comfort foods at night in order to relieve the stress that they feel from dieting. Regardless of the reason why someone is awake at night eating instead of sleeping, it is an unhealthy habit that should be stopped.

How do you find out if the person has night eating syndrome? There are instances when they lack energy in the morning. This is typically due to the fact that they wake up late at night to eat. And since they are still full, they just can’t go back to sleep so easily. A lot of people who also have night eating syndrome are usually gaining weight despite not eating a good amount of food during the daytime. Most of them also skip breakfast since they are still full from the food that they ate during the night.

But of course, eating once at night because you craved for your favorite food won’t qualify you automatically for the condition. It has to be a consistent habit that is made. A person with this condition typically eats at night every singletime. As a rule of thumb, the amount of food taken during the night should be at least 25% of the daily caloric intake in order to be considered night eating disorder.

There are also instances when night eating syndrome goes hand in hand with binge eaters. Binge eaters are usually feeling guilty about their habit. And since they feel shame whenever someone sees them eating a large amount of food, they’d rather do it at night.

A lot of people who are suffering from night eating syndrome believe that eating is a habit that should be done in order to sleep at night. It is also possible that people with this problem are undiagnosed with depression. It is also typical that their depression gets worse at night, and simply gets comfort from food.

Prevention is always a good thing especially if you already know that a person in your household is more likely to eat at night. The first thing that should be done is to determine if there is an underlying cause for the attitude. It is important to determine if there’s the presence of depression. Often times, people eat a lot of food in order to feel comfort from the negative emotion that they feel at night.

Next, it is also important that the family and friends are supportive towards preventing the person from eating late at night. Since people typically eat sugar and starch at night, it is crucial that the home doesn’t have too much of these foods, especially after dinner has been served.

If a person is suffering from obesity, it is just as important to eat foods that are known to stop cravings. According to studies, high protein foods can help stop cravings. Whey protein and other protein supplements can help in this situation. These are low caloric but protein rich supplements that you can even mix with fruits and other healthy alternatives at night during dinner.

There are also creative approaches on how you can stay in bed and not wake up to eat. Working out a few hours prior to sleeping can make the person exhausted and not want to wake up in the middle of the night just to satisfy his or her cravings. And since the person can take post-workout meals, this could even help the curb a person’s appetite at night. 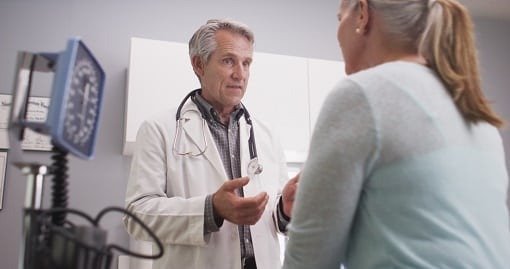 Treatment modalities for someone with night eating disorder may vary from one individual to the next. It is important for the doctor to take a closer look at the person’s condition and find out more about the triggers.

But the first thing that should be addressed is the health of the person. If someone is already obese, you can already expect that there is a possibility of developing cardiovascular conditions and even increasing the person’s risk for having cancer. If someone is overweight or obese, a doctor should first run a physical examination in order to determine the severity of the problem. Is the patient required to already have a bariatric surgery in order to reduce his or her appetite?

Most common and non-invasive approach is to make the person exercise regularly. This means that even if he or she hasn’t completely removed the habit of eating high caloric meals at night, at least the activity level has risen for the individual compensating for whatever was taken at night.

From here, it is also important to trace the cause why the person is always eating at night. For a lot of young professionals, night eating syndrome has been developed in school. There also are incidences when young professionals work late at night and even take caffeinated drinks in order to function at night. If it is a habit that has been developed over the years, it is imperative for someone to unlearn the habit. Some may even need the help of psychiatrists in order to perform behavioral therapy that can help correct their ongoing habits at night.

In some instances, people are awake at night because of work-related stress. For this reason, it is imperative to always take the necessary stress relief activities from having a massage to getting a vacation or even having your own hobby to take your mind out of work.

For someone who is eating food at night because of having binge eating disorder, it is important to trace the reason for the condition. There are instances when someone actually has an undiagnosed depression and the person simply finds comfort on food that he or she eats. For this reason, there are instances wherein anti-depressants could be given to the person in order to minimize the episodes of eating food at night. It is a typical action of people suffering from binge eating disorder to hide from the rest of their family whenever they are eating a lot of food.

Nutritionists can get involved in order to prevent people from waking up at night in order to eat. Instead of having excess food by the fridge, the person could have a meal plan wherein the portion of each meal for the next days are already prepared and portioned into individual containers. This way, it slowly builds a habit and the person will soon not go and eat when he or she doesn’t need to eat.

It is also important to change the content of the food. In order to minimize cravings, the meals could contain high amounts of protein. It has been proven to decrease a person’s tendency to binge on unhealthy food.

How exactly do you rehabilitate someone who has developed the habit for so long? This is the reason why it can be a bit hard to completely change someone’s attitude.

It is important to first take a closer look at the damage that the habit has done. Night eating syndrome can make the person gain a lot of weight. And because of this, it is also important to have at least a baseline where to start. Is the person already dealing with diabetes or perhaps hypertension? This way, it is easier to formulate a regimen.

Next, it is also important to have the family involved in the rehabilitation process. This can help the family understand that night eating syndrome isn’t something that they shouldn’t be worried about. Night eating syndrome can be a manifestation of a much bigger problem. Since the family members and loved ones are the ones that the person is going to interact with most of the time, it is important that the family members are aware of the signs of depression and other signs that could lead to eating problems.

There will be instances wherein the person would eventually need to have surgery in order to curb his or her appetite. However, there are also some hormone therapies that can be done in order to stop the person from craving especially at night.

In order to rehabilitate the person with night eating syndrome effectively, an expert should also take a closer look at his or her daily activities. It is important that the person stays active in the morning in order to feel exhausted at night and simply opt to sleep and not grab a meal at night. 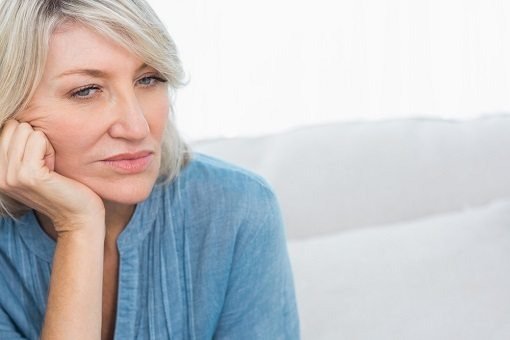 Night eating syndrome is a common trait of people who are depressed. In fact, it is also the reason why some diets really don’t work. Night eating syndrome is a common problem that leads towards gaining weight uncontrollably. Eating a large amount of unhealthy food at night could actually be the cause of obesity. In order to solve night eating disorder, it is important to first take a closer look at the severity of the problem. Is the person morbidly obese or just overweight? Is there any condition that a doctor has to deal with as well? These are just some of the most common questions that a medical practitioner should ask before dealing with night eating disorder.