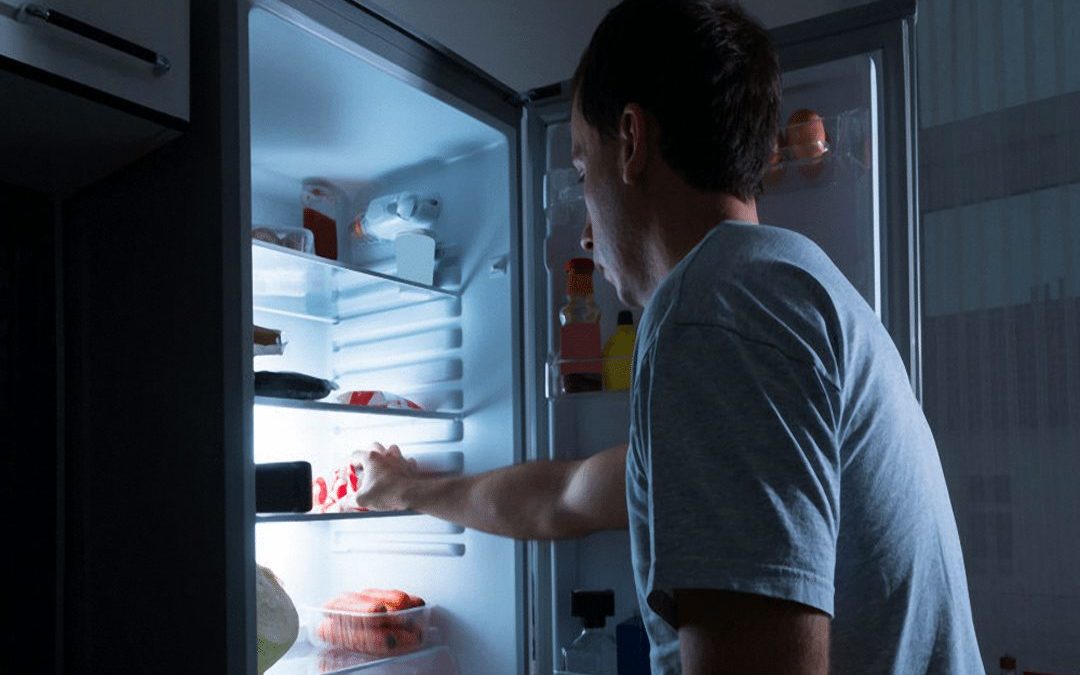 Night eating syndrome is characterized by constant late-night meals or caloric intake. It affects our circadian rhythm or our daily biological processes, such as the duration and quality of our sleep.

NES is different from indulgent yet infrequent midnight snacks. For instance, students tend to eat heavy late-night meals when they are pulling all-nighter’s during midterms or finals. In such a case, night eating is driven by a specific situation instead of a consistent mental cry for food after bedtime. Either way, late-night eating is bad for the body.

NES is classified under Other Specified Feeding or Eating Disorder (OSFED) in the Diagnostic and Statistical Manual of Mental Disorders (DSM-IV). If you are worried that you or someone you know are showing signs of OSFED or NES, watch out for certain physical and psychological signs.

Night Eating Syndrome Facts: Watch Out For These Signs

Some people often eat after awakening from sleep. Others stay up late and get extra full meals or heavy snacks even after dinner. Both cases show symptoms of NES.

According to Australia’s NEDC(1), the following are some of the physical signs of disorders in the OSFED list: weight fluctuations, weaker immune system, nausea due to dehydration, disturbance of menstrual periods in women, and decreased libido in men, among other things.

Here are some of the psychological signs that people with OSFED manifest: overthinking about food and eating, obsession with body shape and weight management, distorted body image, anxiety, depression and extreme sensitivity to comments about one’s physical appearance, and others.

Late-night eating once a week is bad enough. Disrupted meal patterns can confuse our circadian rhythm overnight. The impact is worse for people who are suffering from NES. Here are some of the harmful effects of NES:

Consult a doctor if you are showing signs of NES. As you seek professional help and learn about the important facts, be sure to give details on your own medical history and eating patterns.