Overeating Disorder – How to Stop it 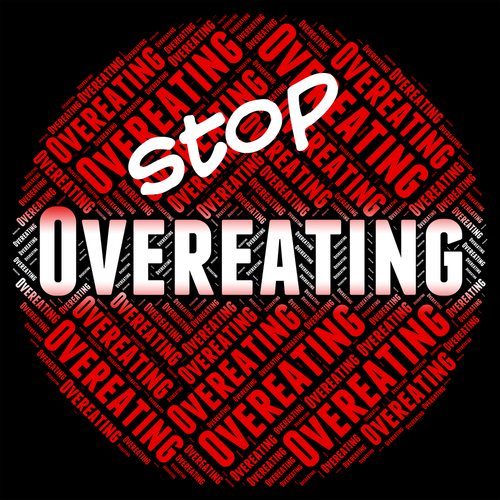 In general, overeating disorder like all eating disorders are linked with low self-esteem. Those who compulsively overeat tend to numb their emotions by the acts of tasting, chewing and swallowing.

They use food as an escape from feelings which they don’t want to face.

Today, we’d like to share information about this disorder and its symptoms. If you suspect that you have Overeating Disorder (Binge-eating Disorder), you should know that help is out there. You do not have to go it alone.

At the end of this article, we’ll talk about the most successful and trusted treatments for this disorder.

What is Overeating Disorder?

Overeating disorder is very serious, yet treatable. While it is life-threatening in terms of its severity, there are ways to beat it!

This eating disorder is characterized by many binges, whereby the person with the disorder eats big amounts of food rapidly, to the point of being uncomfortable.

During binges, the person may feel that he or she has no control over what is happening. Feelings of guilt, distress and shame tend to surface after a binge. In some cases, the person with overeating disorder may decide to purge in order to rid him or herself of food…and the unpleasant feelings which accompany overeating.

While every person with overeating disorder doesn’t binge, it’s quite common for sufferers to binge and purge, which is very hard on the human body. Binge activity without purging is also harmful, as it wreaks havoc with the digestive system and triggers weight gain which may raise the risk of stroke, heart disease, diabetes, certain cancers and many other serious health issues.

This is a Psychological Disorder

As we touched on earlier, some people may call Overeating Disorder Binge-eating Disorder (BED for short). BED is one of the newest eating disorder entries in the DSM5. DSM5 stands for for Diagnostic and Statistical Manual of Mental Disorders.

According to the DSM5, people with this disorder have recurrent binges which last two hours or less and must include intake of food which is a lot more than the majority of people would typically consume under the same circumstances. BED sufferers also experience loss of control during binges.

People with Overeating Disorder tend to eat at a much faster pace than others and they also eat until they feel uncomfortable. They may not be truly hungry when they binge and they may eat in private, where no one else can see, because they feel shame about their eating habits.

This disorder may trigger disgust, self-loathing and/or guilt. The person with the disorder will generally feel intense distress about the binge-eating, which will typically happen at least once every seven days for twelve weeks.

Overeating Disorder is the most common eating disorder in America. So, how to conquer it?

As with most eating disorders, treatment of the combination type is most successful. This is a mixture of psychotherapy and medication and/or medical supervision.

If you want help, you’ll find that seeing a psychotherapist and also following the recommendations of your family physician will be the best way to move forward to a brighter future.

Talk therapy is the recommended choice for those with Overeating Disorder. It may happen one-on-one or in a group. Examples of effective psychotherapy options for BED sufferers include Cognitive Behavioral Therapy, Dialectical Behavior Therapy and Interpersonal Psychotherapy.

Medications which are commonly prescribed in order to help people with this eating disorder include Vyvanse (a stimulant) and Topamax, which is part of the anti-convulsant class of medications.

Also, adhering to a sensible weight loss plan which is created by a doctor will be helpful.

Some rehab centers offer residential and outpatient programs for those with Overeating Disorder. If you suffer from this common eating disorder, taking time for yourself, by choosing a good program at a respected rehab center, may be the best way to get the focused attention and care that you need.